Vast landscapes, architectural framework, and human isolation loom large in the oeuvre of the Norwegian painter Kenneth Blom. Shuffling these ingredients masterfully, he establishes an atmosphere that captures a key aspect of contemporary life: a sense of forlornness as humanity continues to stray away from nature. In contrast to the ideal put forth by the 19th Century Romantic movement, namely the immersion of the figure in a glorious natural environment, Blom focuses on the opposite. Frequently encapsulated and therefore defined by manmade structures, his figures manifest as intruders.
In fact, the term “intruder”, which defines someone who has arrived inappropriately and without invitation, marks the title of two of Blom’s compositions. For example, in Intruder 1 a male figure can be seen in the foreground, his head turned to the right and his eyes focused on something outside the picture frame. He is set against the simplified structure of what seems to be a modernist building, as well as an alienating crisp blue sky. There is a slight hint of greenery, but it only appears as a manicured, opaque shape. The latter is rather stylized and consciously synthetic like almost everything else in this composition, were it not for a translucent white cloud that hovers above the scene. Strangely, it is this most fleeting, least tangible natural element that Blom renders with realistic complexity, providing it with an almost iconic status; the last trace of nature ready to evaporate.
In many of Blom’s compositions, clouds seem to point at two distinct things: the increasing gap between humankind and nature, and the fact that this kind of limited consciousness makes for a rather low ceiling. In Blom, we often find clouds reflected in the large glass panels of sterile buildings (Come, Reflections, Unbroken and No) or as they pass on the outside of panoramic windows, not unlike a rare species studied from a cage. Here, clouds do not simply spark a yearning for the heavens, but rather for a time when the heavens held some meaning or at least some clear promise.
This uncertainty between modern man’s relationship to nature also extends towards inter-human relationships. In compositions, such as Tempest, Symmetry or Immortal, the figures seem to blend into their surroundings, dissolving into thin air as the complexity of their constellations increases. Having drawn inspiration from the modern Norwegian playwright Henrik Ibsen in the past, Blom remains interested in the human psyche, and especially as it can be conveyed by human relationships. When appearing in groups, many of his figures are depicted mid-movement and during in-between moments, suggesting a desire for interacting with each other, but never to avail. In fact, as portrayed in Stay, their glances never meet and it seems that it is indeed the absence of these basic human interactions that take center stage rather than the figures themselves. As Blom has so poignantly stated: “It is the experience of being disconnected from each other but also from oneself that is the essence of these paintings.”
Blom’s influences are eclectic and associations can vary. His focus on the alienated figure and psychological complexities pay homage to the oeuvres of his landsman Edvard Munch or the Northern Romantic I.C. Dahl, for example, while his technique of utilizing photographs to enhance and distort a sense of realism, relates to Gerhard Richter. However, it is Blom’s sense for compositions defined by strong lines and distinct shapes, as well as his use of psychologically charged color combinations (as seen in the depiction of aggression in Tiger for example) that succeed in establishing a recognizable language all his own. Blom is able to communicate an aspect of contemporary life that runs counter to the often overly happy, optimistic, and beautified images found on most social media accounts. There is an emptiness and a shallowness that threatens to take over society as we collectively are forgetting to honor our physical roots that raise and nourish us: the air, the water, the soil, the plants, and the many other lives that surround us - and Blom points this out through his work. Like the windows in so many of his compositions, which reflect a larger context, a world beyond reach, his paintings serve as a mirror for self-reflection and perhaps, as an encouragement to rediscover the wealth that lies within and around us day by day. 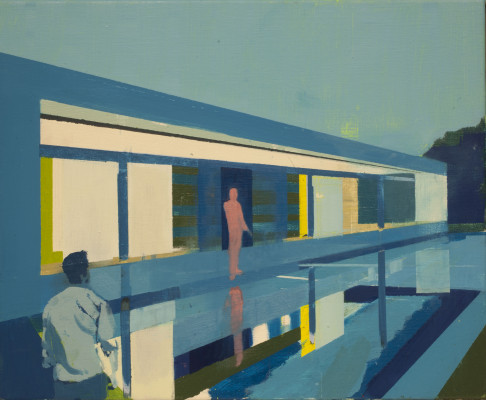 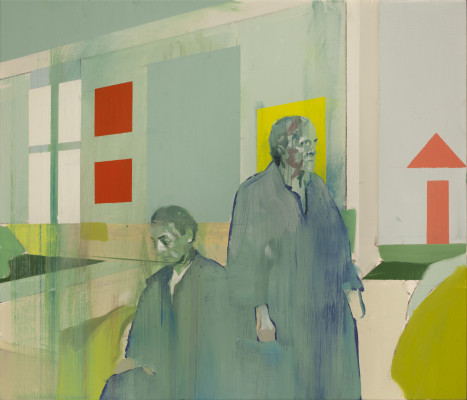 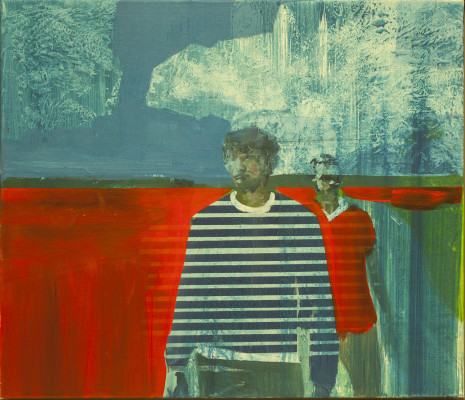 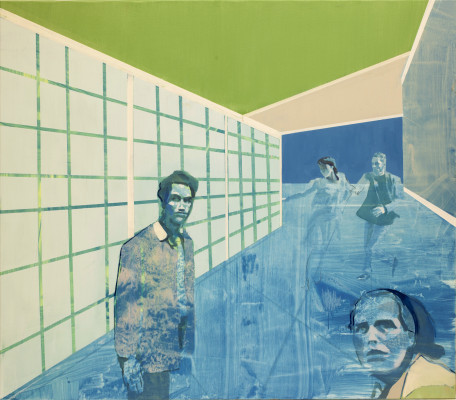 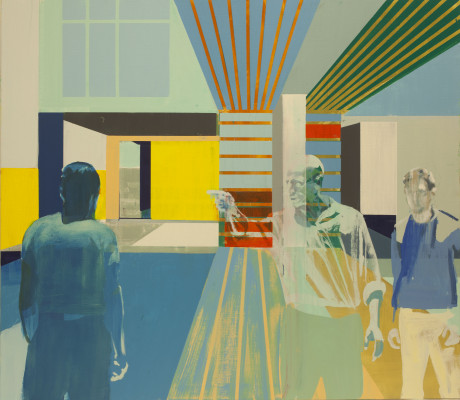 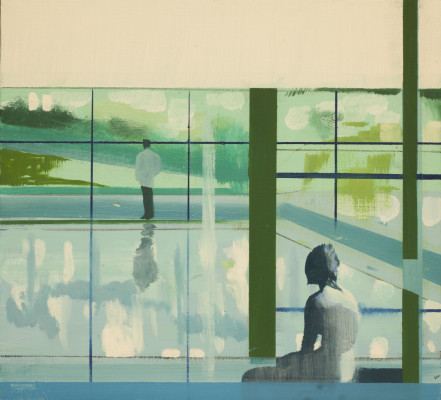 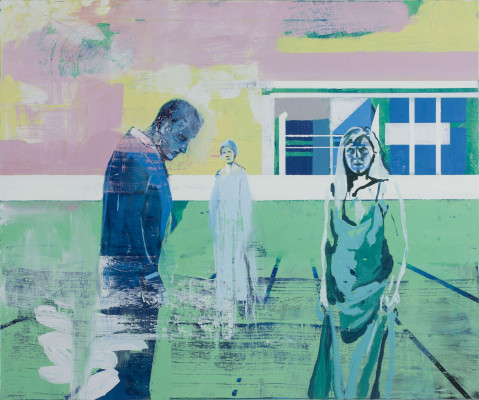 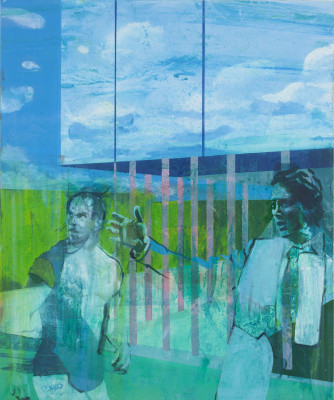 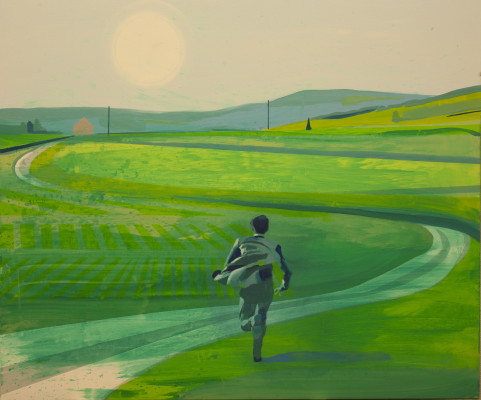 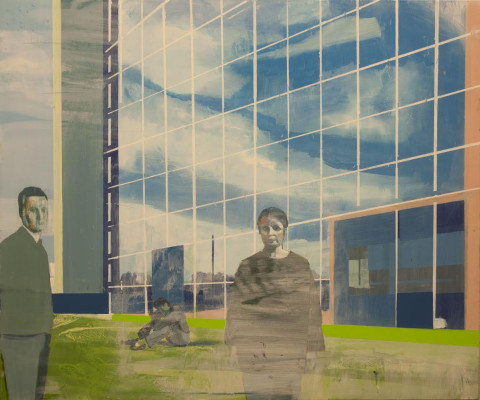 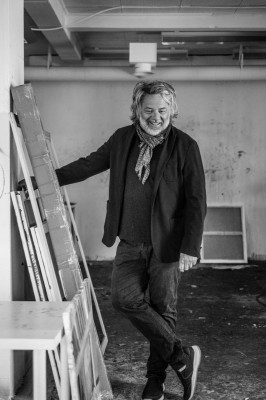 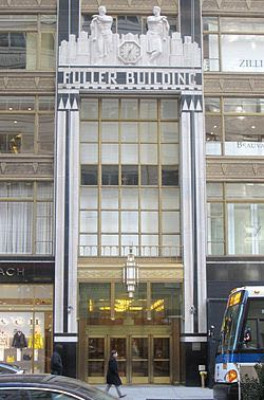 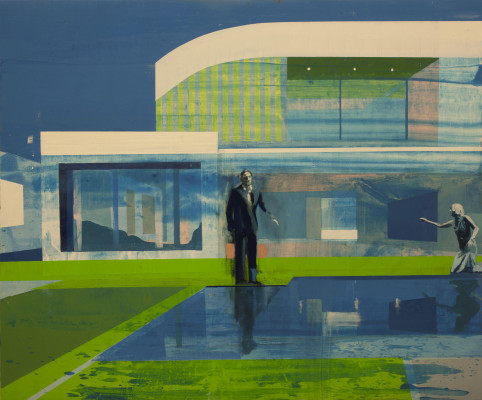 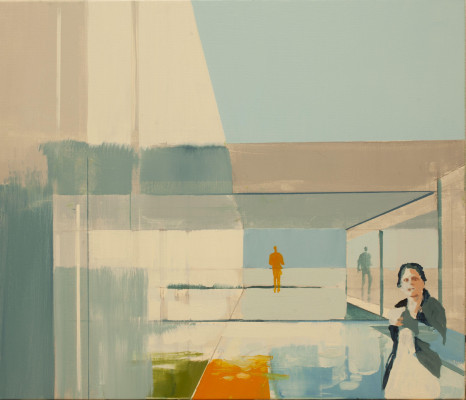 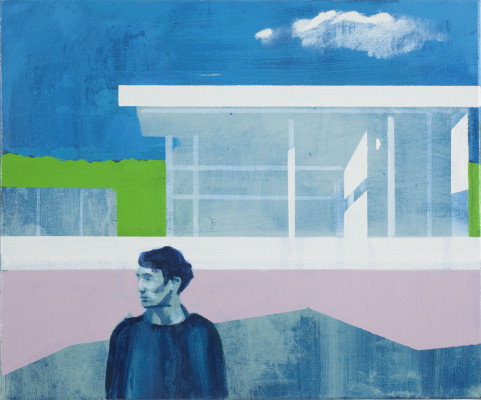 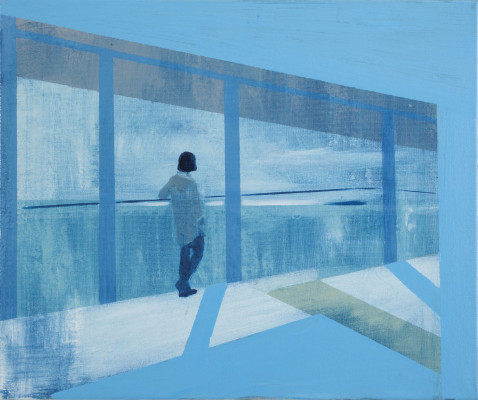