Already at the first painting I stand and ponder. The motif shows three people standing separately in a room bathed in blue light. The light and the background shine through them, and they appear ghostly. They look at me, but not at me. Inside the room hangs picture after picture, everyone has the same blue light.
Kenneth Blom is by no means an unknown name, or little mentioned in the media. This is his second solo exhibition at Galleri Dropsfabrikken, and now he has also included sculptures in the exhibition. Blom usually creates room-friendly art, paintings that can fit into many a modern home. He does that here too, and it is clear that this is a sales exhibition. But, there is more to this exhibit than sales objects.
All the images have a clear connection, throughout they depict individuals placed in architect-designed surroundings, or surrounded by right angles and geometric shapes. The mood is low, at times melancholy, the characters stand either alone or in pairs, and do not interact much with each other. There is something static about them. Even people in free fall and full gallop appear trapped in time. It is as if Blom has pressed the pause in the middle of a movie scene.
In the past, Blom has been inspired by Dan Flavin's neon-colored fluorescent lamps, and perhaps there is still some of this in his style? The pictures are painted in glaze-thin brushstrokes, in a green-blue denomination that provokes memories from swimming pools. There are even pool scenes in some of the pictures. The overwhelming blue color characterizes every single motif.
The exhibition consists primarily of these large oil paintings, but scattered among them are three white sculptures. Everyone imagines men in suits falling, and one of them hits Jesus himself on the cross with his foot. I wonder what Jesus Christ is doing here, and begin to develop some improbable theories. Is it some kind of Easter motif? Has the man simply stumbled upon Jesus, or maybe, just maybe, the whole exhibition is overflowing with religious symbolism? I doubt. It remains a mystery.
According to the exhibition text, the sculptures are 3D scans of figures from the paintings. They have been pulled out of their usual surroundings, stripped of color and context, printed in plastic and placed on top of white plateaus. As I walk around them, I bend down or stand on my toes and sort of place the sculptors in the paintings that hang in the background. I construct new scenes. It is the paintings that dominate the exhibition, while the sculptures become an extension of the pictorial universe. They break up the monotony of blue images and create an interesting change in expression.
I wander back and forth between the pictures in search of a story. The architecture, the blue tones and the isolated people - at first glance, everything seems to fit together like puzzle pieces. This creates an expectation that there is a coherent narrative between the images. Of course it does not. But, there is still a clear narrative, it can be described with words like loneliness and melancholy, or as I like to think of it, "gloomy and mysterious crime scene set to the 1950s seen through a turquoise curtain".
For me, the association with crime series becomes strong. Not for bloody thrillers with whining male police officers. I rather think of Easter crime set in Le Corbusier-like villas, with men and women in suits in draped dresses, mysterious jazz and beautiful scenography from the British highlands.
Blom has created a little gem.
Kenneth Blom

A man is tilted out of balance. He grabs in the loose air. It is unclear whether he is inside or out. The outline of a woman standing with her back to him. A man in a suit with a white shirt chest is on his way out to a pool. A woman floats quietly, her face just above the water in an indoor swimming pool, while large, luminous glass bubbles in the ceiling lead her gaze towards an opening. All the scenes are set in the same spectrum of blue and green. Glass and water. Reflective surfaces everywhere.

Kenneth Blom's pictures here are strictly blue and green. The pictures unite large rooms with figures, either one by one or isolated in pairs. The figures are often in the same room, but they are so clearly separate sizes. Or perhaps rather separated from each other. There is no interaction. Like, for example, the one man who grabs into the open air while a woman - strictly speaking only marked as a shaded outline - turns her back on him. The coats of paint are sometimes thick, greasy with impermeability. At the same time, we find these fields of transparency: figures that are transparent, like the brave man standing away from two women in the background. They're looking at him. But he is just a head over a bluish cloud of a body, one can see the horizon line in the background go right through him. He is here, but not at the same time.

This interplay between the heavy and the light, the impenetrable and the transparent, helps to emphasize the spatiality of these images. With the help of various architectural elements, the pictures depict large, airy rooms that are somehow outside and inside at the same time. Some of the figures seem almost glued on, some are flat figures, clearly painted on a canvas.

The images insist on a spaciousness, while emphasizing their own flatness. Kenneth Blom thus addresses very basic pictorial issues. At the same time, he uses these in a narrative grip. The figures are not completely present here and now. Occasionally violent moments are frozen solid. What we see is the cover, the dramatic turning point in a process. Peripetien, as it is called in the classic drama. Blom's treatment of the picturesque surface, the way he brings out the interaction between dense and airy, becomes narrative. We can ask ourselves if we are dealing with physical quantities. Sometimes they are perhaps rather metaphysical: imprints of past events.

Blom takes a bold step, both narratively and in terms of craftsmanship, by lifting some of the figures out of the pictures and turning them into 3D-scanned plastic sculptures. But the sculptures relate to the pictures. Not only are they in direct relation to the pictures, as references. They are now present in the room - the viewer's room - but completely without context, without their original surroundings. They are detached from the canvas, robbed of a narrative. They soar for themselves, white and deprived of the colors of painting. The one figure, where one foot touches the face of Jesus Christ on the cross, is a strong enough hint that one can read this three-dimensional grip as a further interpretation of the narrative of the images and the fates of the figures in them.

The tension between the pure cultivation of the characters' surroundings and their dramatic poses is palpable. The interplay between the stylish features of the architectural surroundings and the simplification in the landscapes is in stark contrast to the distinct gestures and postures of the figures - both the two- and three-dimensional ones. Present in the picture room, as an action room they have now been torn out of. Or as frozen figures - materialized memories of someone who was just here. 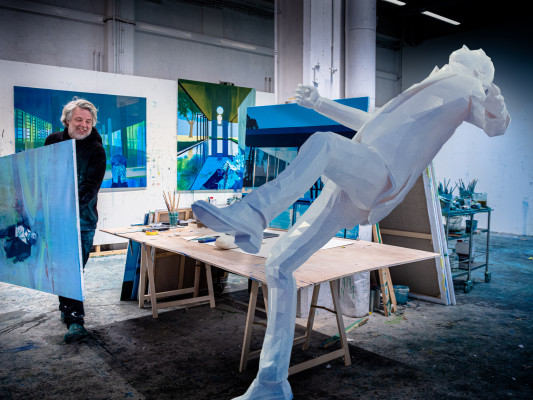 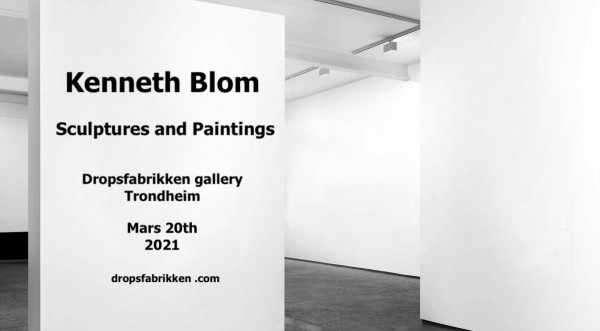 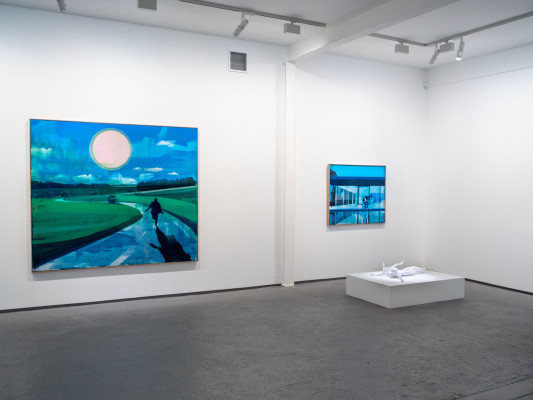 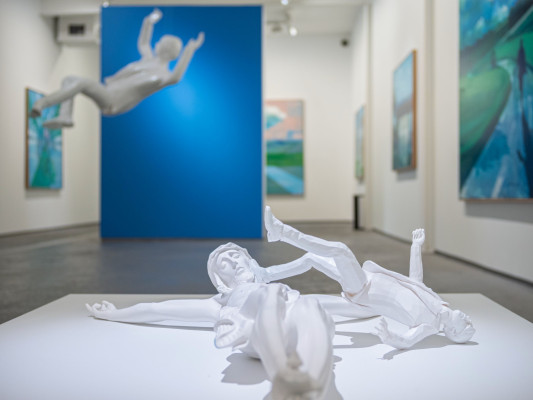 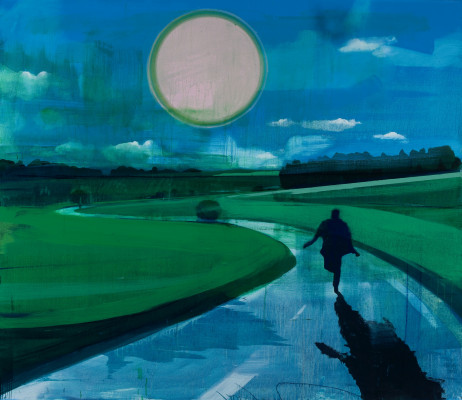 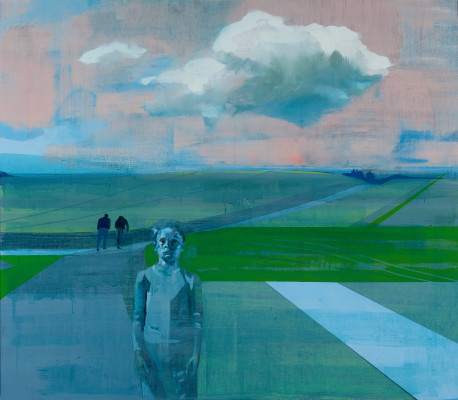 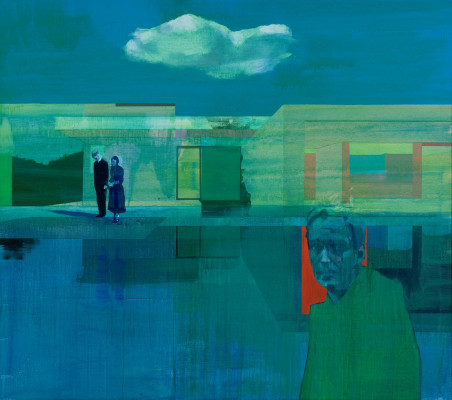 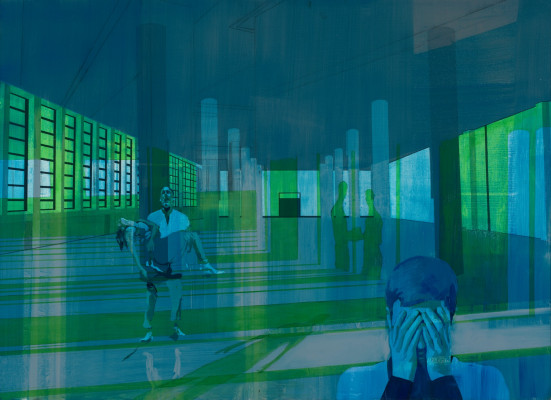 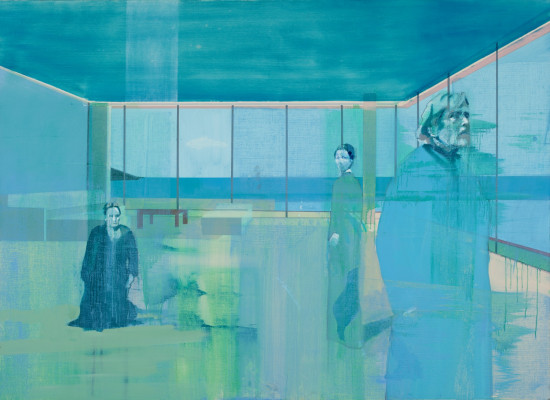 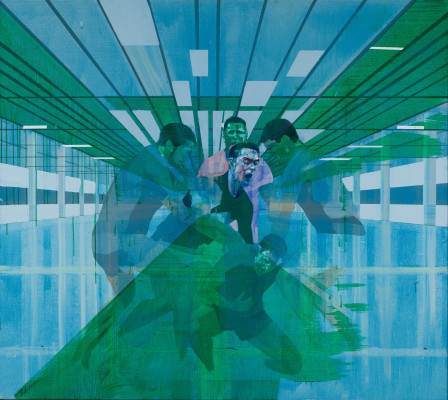 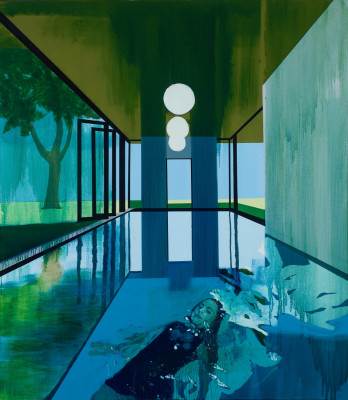 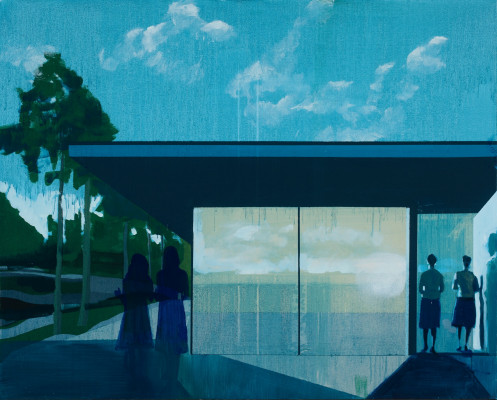 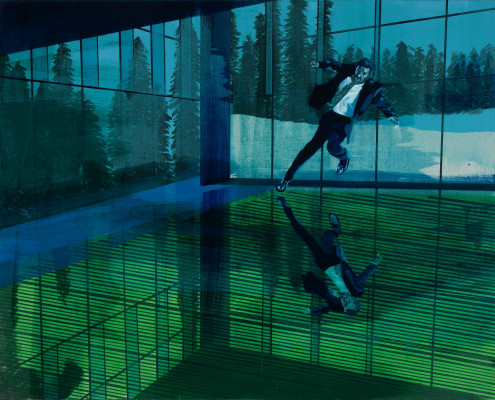 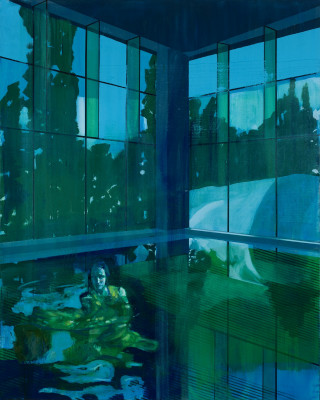 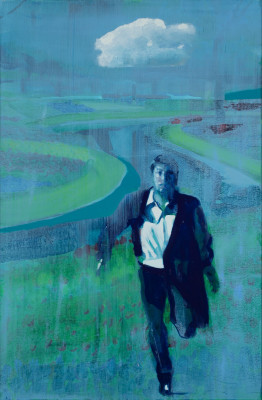 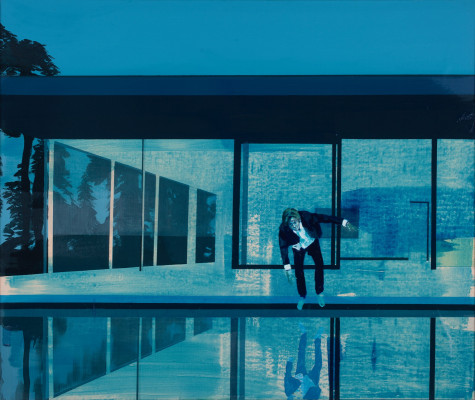 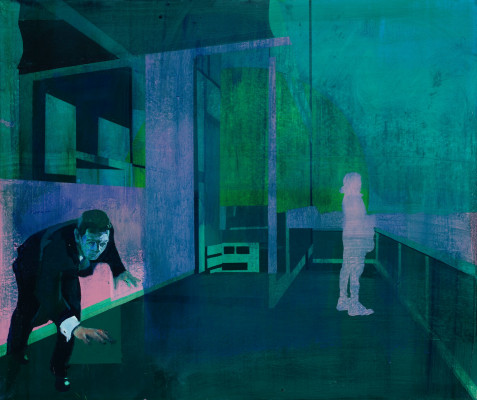 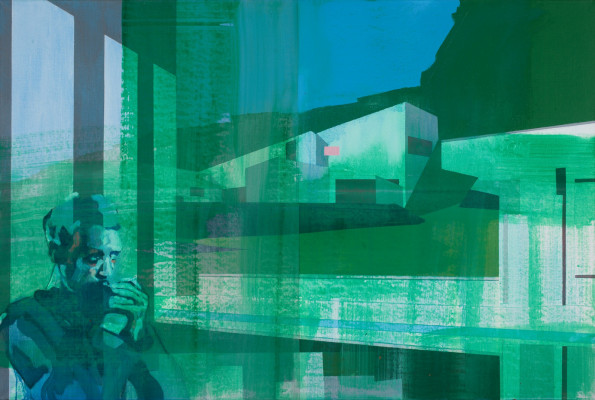 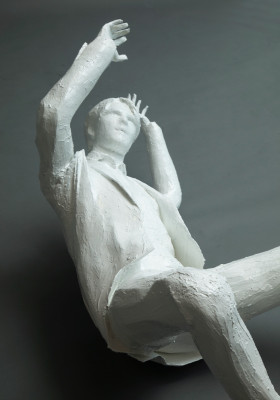 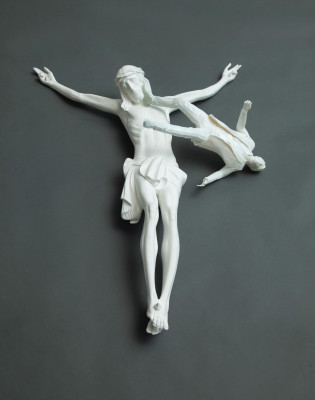 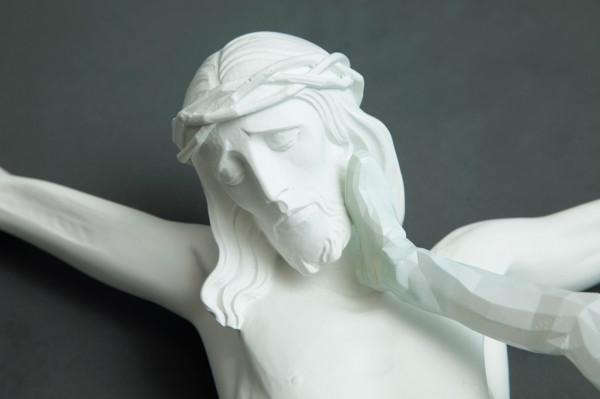 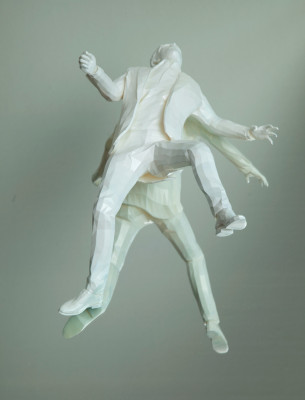 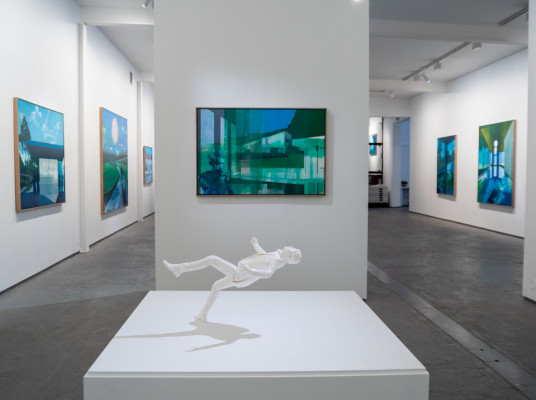