Take-away lines_ Outside of two decades

2020 represented a paradigm shift with regards to the perception of space (and) of everyone. And every person, every individuality, has perceived in different ways the issue, renegotiating a place in their own slice of world, physically re-entering the stability of an environment to be re-conquered. Antony Gormley’s sculptures, for example, make me think of the present contradiction: individuals who silently occupy space as standing matter or islands that vertically or horizontally colonise the environment.
Coming back to our exhibition, the works of Kenneth Blom resonate with this mood by displaying individuals who are con-fused with the space they inhabit. What is most disorienting is not so much the desolation that gathers in the expressions of the population that lives on the canvases, but the representation of a space that can only be experienced with the mind: Blom’s bodies are in the space of the psyche, trapped there as characters from a novel by Haruki Murakami. Imaginary places, invisible cities, architectures and individuals made of the same substance, levels that overlap, that reflect each other, pools of the unconscious, translucent surfaces that allow a subtended figuration to emerge which in turn ruins the colour fields. The movement inside the mental space is almost frozen, there’s nothing left to do but meander or try and break through the walls of our personal psychologic labyrinth. And Blom’s characters more than ever _ and I quote l’Isacco sconfitto [Defeated Isaac], produced as a 3D print- show us how posture is a part of our being in the world, if we wish not to disintegrate in the shadows that inhabit these virtual landscapes, or remain trapped in our nightmares. 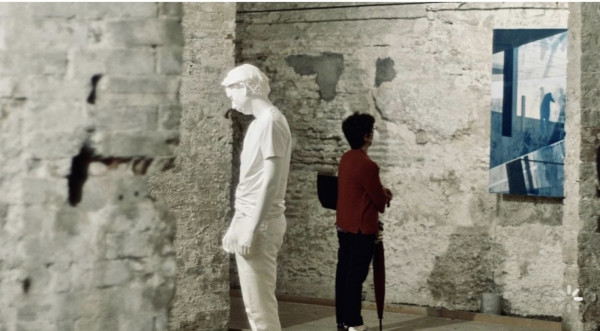 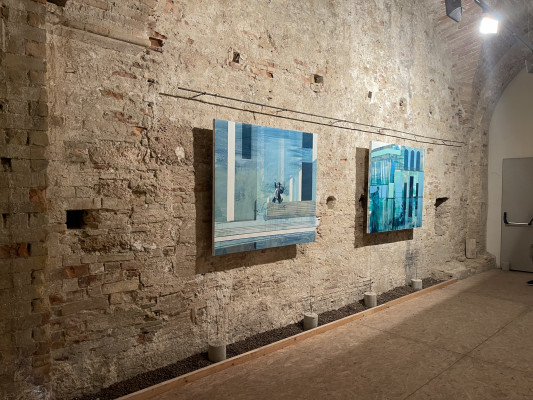 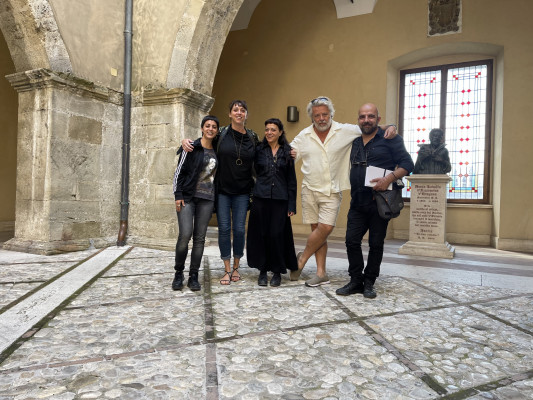 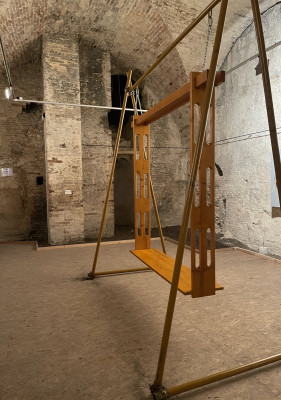 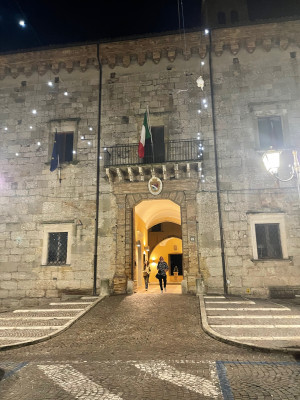 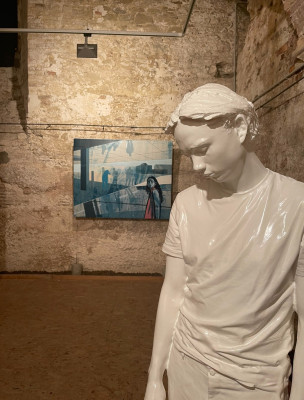 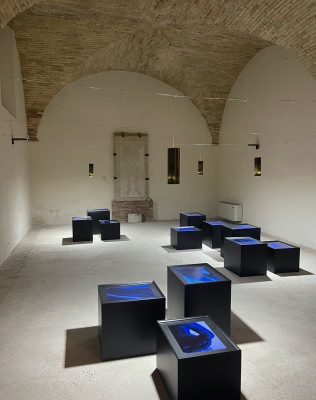 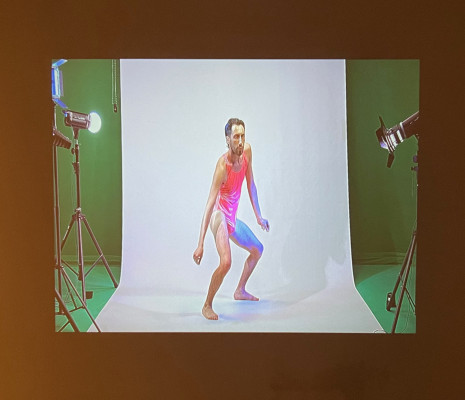 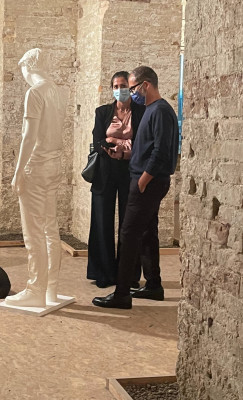 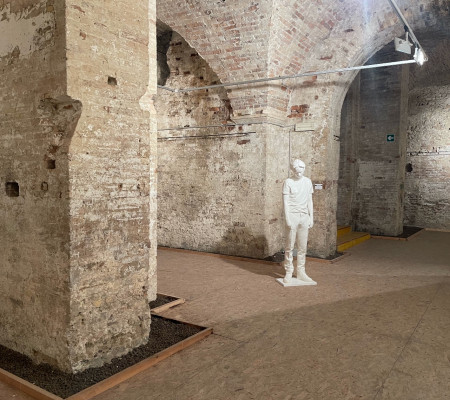 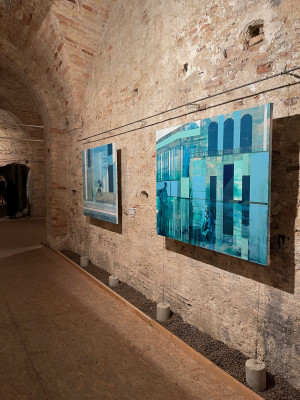